Aspenify release version 1.1.x has launched and is now available as a free trial or paid subscription. To subscribe or learn more about Aspenify please visit our homepage at https://www.aspenify.com.

Already registered? Log in to the application directly by navigating to https://app.aspenify.com to enter your credentials and log in.

Need support? Please visit out Support Page at https://www.aspenify.com/support/ or send us a note at [email protected]

How do I Import one of the Free Published Playbooks and/or Content?

See Importing a Playbook and Importing Content for detailed instructions. 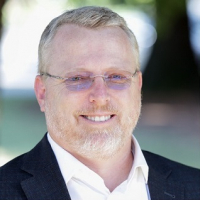 Which browsers are supported?

In Version 1.0, November 2019, Google Chrome is the only fully supported browser, however, that will change shortly as the team is currently adding support for multiple browser types - Firefox, Safari, Microsoft IE, Microsoft Edge, in addition to Google Chrome.

What is a Responsibility Matrix (RACI)?

A responsibility assignment matrix (RAM), also known as RACI matrix (/ˈreɪsi/) or linear responsibility chart (LRC), describes the participation by various roles in completing tasks or deliverables for a project or business process. RACI is an acronym derived from the four key responsibilities most typically used: Responsible, Accountable, Consulted, and Informed. It is used for clarifying and defining roles and responsibilities in cross-functional or departmental projects and processes.

Those who do the work to complete the task.[6] There is at least one role with a participation type of responsible, although others can be delegated to assist in the work required (see also RASCI below for separately identifying those who participate in a supporting role).

The one ultimately answerable for the correct and thorough completion of the deliverable or task, the one who ensures the prerequisites of the task are met and who delegates the work to those responsible.[6] In other words, an accountable must sign off (approve) work that responsible provides. There must be only one accountable specified for each task or deliverable.[7]

Those whose opinions are sought, typically subject matter experts; and with whom there is two-way communication.[6]

Those who are kept up-to-date on progress, often only on completion of the task or deliverable; and with whom there is just one-way communication.[6]

Very often the role that is accountable for a task or deliverable may also be responsible for completing it (indicated on the matrix by the task or deliverable having a role accountable for it, but no role responsible for its completion, i.e. it is implied). Outside of this exception, it is generally recommended that each role in the project or process for each task receive, at most, just one of the participation types. Where more than one participation type is shown, this generally implies that participation has not yet been fully resolved, which can impede the value of this technique in clarifying the participation of each role on each task.